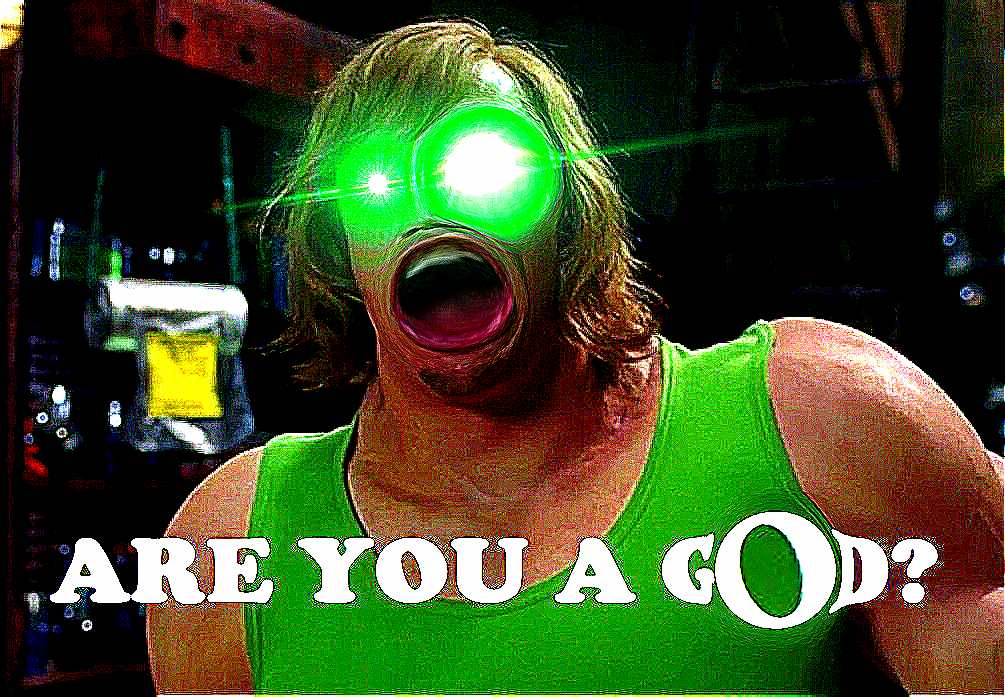 tch tch yes i am

black jesus once said- shagonline is one of the best games to ever releas and he is right, always right :)

All hail black jesus, he is with us all, always

I love this game. D: What is the name of the music when it comes to the server?

it's the fallout Miami teaser theme

can you send me a link to the discord

I found it in the chrome console. https://discordapp.com/invite/Whw8ZCp

for me I can't join a game because it says no games were created, why can't I play :(

everyone join my game

Will we ever be able to download this heavenly game of epicness?

Hopefully, when the game is fully released

Some of the parts look surprisingly pretty professional and appealin', like the buildings texture, and the composition of the "Under Construction" parts.

Some parts look quite awkward to me, like the SS Central Station (i might not be that surprised if Waffen-SS would be there in the next update), altough the Shaggy slows down a lot inside, which look a bit out of place..

The runnin' being slower than regular speed might need better execution and context..

Also, when Shaggy enters some dark garage or something like that, the slower walking might be better with proper animation (+ crouch)

The part of Kung Fu Panda surprisingly got me though, and it would be noice if it was extended, perhaps with some interaction..

Then i would recommend to polish more the Mystery Machine texture, and play a bit with the lighting..

I also can't get near enough some buildings..

Some aspects felt like an official Scooby Doo game, so it would be nice if the official look of the early charming 3D SD games would get properly mixed with some weirdness..

Also, i hope that the critique wasn't a bit annoy-full at times.. 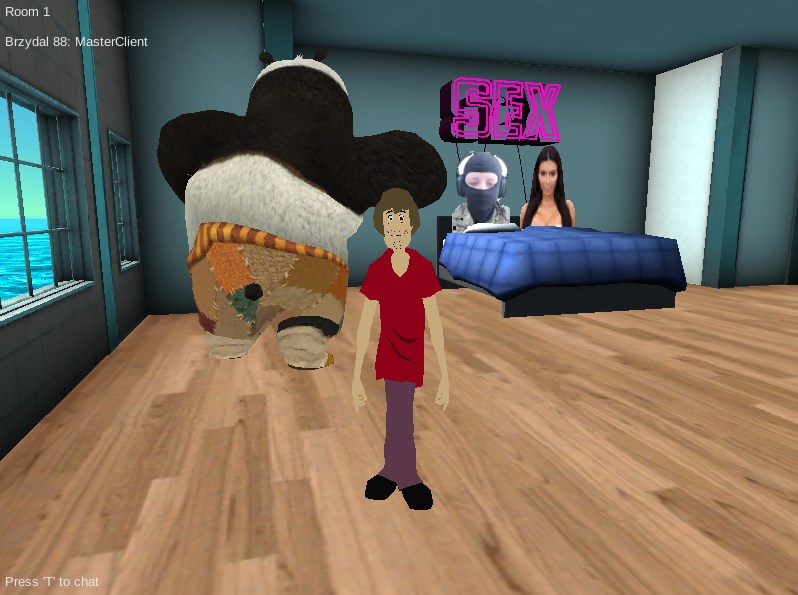 Proof that shagster online is  a flawless masterpiece

I love the look of your game, I wish to make a YouTube video of it (if you don't mind) and then post the video here afterwards. Would that be okay?

Have a nice day!

here is a link to it: https://www.youtube.com/channel/UCk2K3VA6z01XRbWzOqBI5ww

Which game is the second one?

I started making games just a month ago so it is not amazing but I am pretty proud of my job till now.

Of course you can make a video!

Hi just watched a few of your vids and I absolutely love it! (Subbed btw :D) just a fair warning the game is no where near done and there currently isn't much to do other than socialise with other players, so I'm worried that it may not be enough for a full video. We have a BIG update coming out in a few months, so it might be worth the wait. But if you want to do a vid now, go for it!!!

Thank you for the support, I really appreciate it! If you rather that I wait for the big update and then make a video, I am more than happy to do so

This game is great and needs all the updates in the world! This would be unreal for shaggy on his heist adventures 😂😂

Just showed the video to our Dev team, we all found it hallarious!! Keep up the good work :D

I’m happy to hear they did! Easy to do so when you create a great game! 😁

What is this game? It’s a MASTERPIECE!

Reply
Kitty The Destroyer2 years ago(+1)

what are the codes? i cant find any but the 1 given

the only codes i know of are

Hey, I want to download this (instead of playing in browser). Can we expect a downloadable version soon? Thanks.

Yeah we are working on a Windows Linux and mobile port

My god this is a masterpiec

wtf shaggy is king b

This man is an absolute legend

https://imgur.com/a/ZLIGiX4 A tribute to the fastest man alive :D

If anyone has any queries about whats coming to the game feel free to ask on this comment and I will reply ASAP.

when do you think the update will come out?

Honestly, right now I cant promise a date because i'm busy with school and life in general, but I am using this game as a base to get a Computer Science GCSE so the update will come out in the next three months.

How did you code the multiplayer lobby? and multiplayer :| Is there anywhere we could talk like discord?

I used Unity and PUN2 (Photon Unity Networking 2) there are hundreds of great tutorials online.

Here's a great tut for getting started with PUN2

Here's a great YouTube channel for getting started with Unity, although some of his older tuts use JS which is no longer supported ):

pls never give up on this game, we need more updates

This game is a masterpeice

We need like more things to do or just like random meme people walking around that you can shoot.

Yeah we are currently working on adding GTAV style heists and prison break missions to the game, where you play as shaggy, the ex detective who turned to crime when his best friend was murdered in a police shootout.

i conceived my seventeenth child to this

Yeah i hate it when that happens

you should add guns

They are, when you punch fred it maked a gun fire noise.

No we're not, guns are coming to the game but they will not be usable by players, I feel that it would be funnier seeing shaggy beat the shit out of terrorists with his fists rather than shooting them.

i just shit my pants when i punched fred.

I'm new to this itch.io thing, ha! I will look at some of your stuff

No problem man! thought your game was pretty cool btw